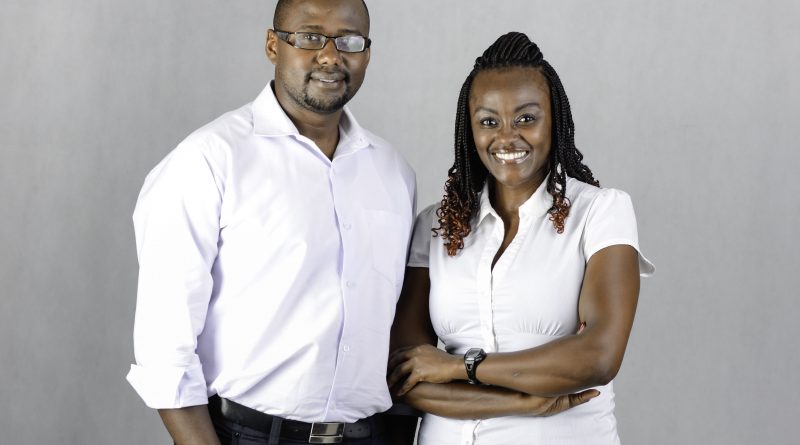 Most students leave campus with the hope of getting jobs, white collar jobs to be precise, and the frustration that usually follow the fruitless job hunt thereafter is usually of unparalleled proportion. Few students on the other hand, exceptional students, leave the University with a mentality that they owe the society something. With the mentality that after all the years through education system, they owe the society a solution and not a problem. They become job creators rather than job seekers. Meet exceptional siblings Tony Nyagah and his sister Charity Wanjiku, the founders of Strauss Energy and gracefully, our alumni of the week.

Just who exactly is Tony Nyagah and Charity Wanjiku and what on God’s good green earth is Strauss Energy all about? Well, Tony and Charity are the people who are contributing in making it possible for God’s good green earth to remain green through an affordable, quality and clean energy source in the form of strauss energy. Tony Nyaga is the overall vision bearer and CEO of Strauss Energy Limited and holds a BSc. in Civil Engineering from Jomo Kenyatta University of Agriculture and Technology (JKUAT), where he majored in Structural Engineering and graduated in 2002. He also holds a M.Sc. in Energy Management, Control Systems Engineering from University of Nairobi.  Tony is a member of Engineers Registration Board of Kenya (ERB) and Institute of Engineer’s in Kenya, (IEK).

Charity Wanjiku, Tony’s kid sister, on the other hand graduated from JKUAT in 2006 with a Bachelor of Science in Architecture, later returning to the Institution for a Masters of Science in Project Management in Construction. Charity also holds an Impact Business Leadership certification from the IBL Institute, USA and is Member of Board of Registration of Architects and Quantity Surveyors (BORAQS), Architectural Association of Kenya (AAK)and Institute for the Management of Information Systems (IMIS).With these credentials in her cup, Charity is the Chief Operating Officer at Strauss Energy Limited, playing a vital complementary role to her brother Tony.

Let’s pause for a moment. Is it only me or aren’t those academic credentials too many for just one family? I mean cmon, the rest of us want to read too! You can’t be holding all the titles! But then if Winston Churchill were alive today, he would look at me with a frown and give me one of his quotes ‘Success is never final, failure is not fatal, it is the courage to continue that counts.’ And I would immediately see the light and retract my statement. It’s this courage to continue, the lack of complacency and desire to do more that inspired Tony and Charity to come up with Strauss Energy Limited. Tony points at three key problems they observed that they sought to solve through Strauss Energy.

“There were, and there still are three major problems we observed that Strauss Energy seeks to solve. First of all there’s a huge energy gap, not just in Kenya but Africa as a whole. Close to 70 % of the population lack access to electricity and the few lucky 30% are characterized by frequent black outs, unpredictable and intermittent power bills. Secondly we wanted to improve the economic and purchasing power of the the public, irrespective of their social class or financial muscles. Thirdly, its a fact that the sun can power the earth 3500 times, which basically means the energy produced by the sun at any given time can power 3500 earths! We being in Africa, we have the most sun, being in the tropics. So the question is then how is it that we have this much sun and yet we are the most energy poor?”

The answer to this irking question came in the form of Strauss Energy Limited. Established in 2007 and officially incorporated in 2008, Charity and Tony developed energy-producing solar cells that can be easily integrated into functional parts of a construction, such as walls, windows and roofs. Moreover, unlike traditional installations, their system comes with a special meter that can feed unused electricity back to the national grid, generating precious income for households. Strauss Energy currently develops and manufactures roofing tiles that have solar cells infused into them. This is a cost effective alternative to conventional installation of solar panels. So instead of paying for electricity you also get paid for selling your excess energy!

Their product, christened Strauss 1963 B.I.P.V is fashioned to have deliberate patriotic implications and the desire to take Kenya to the next milestone as regards energy. Just as the year 1963 resonates with independence and freedom, their product seeks to free millions of households from the bondage of darkness and merciless blackouts caused by extreme energy poverty in the region. Strauss basically designs building materials that capture the sun’s rays and convert them into solar energy. Building Integrated Photovoltaics or BIPV in short, the solar tiles work in such a way that they can produce power that can completely sustain a modern household without the need for a secondary power source. Strauss Energy banks on the fact that their solution to the energy problem is clean, efficient and abundant as the sun shines almost throughout the year in Kenya. Tony and Charity streamlined their product in line with the decarbonization of energy, and rightly so since public acceptance of fossil-fuel has declined.

Strauss Energy Limited is however not merely a two people affair. The sibling duo have brought on board several experts and technicians to make the Strauss dream come true. Among the key people at the company is one Daisy Karimi, the Special Advisor on Technical Services, herself a holder of Masters in Energy Management and a Bsc. in Electrical and Electronic Engineering, and one Douglas Ombok, who serves as the Chief Engineering Officer. This still, is just a glimpse of those working at Strauss Energy Limited.

Strauss Energy Limited did not just miraculously get to where it is today. The founders, the proud JKUAT alumni have gone through several challenges, weathered many heavy storms to get the company to where it has managed to be. The following are just few among the many heights of success Strauss Energy has scaled this far.

The Strauss team also commissioned their pilot project at Gaitheri Secondary School, Muranga, on 30th March 2016, where they they installed their 2-in-1 Stima roofing tiles that are integrated with solar cells. The concerted efforts and fanatical dedication of Tony and Charity have no doubt propelled them to a unique position of being able to positively impact on the society. It should therefore come as no surprise that they are currently semi-finalists in the GIST (Global Innovation through Science and Technology) Network, whose  finals are to be held in Silicon Valley in June 2016. Yes you heard that right, the finals are to be held in Silicon Valley! We can all pause for a moment, take a minute of silence or a standing ovation…whichever gesture to acknowledge this no ordinary feat. The JKUAT community could never be prouder, I mean we’re heading to the Silicon Valley! And the best part of this is that you and I, in our own way can participate in ensuring Tony, Charity and their team manage to fly the Kenyan flag high at this significant International platform!

The voting process to select finalists to this global competition is currently ongoing, and ends on 1st May. If you believe these people deserve to represent JKUAT and the entire 254 family as well as the African continent on this platform, and I trust you do since you’re a very nice, wise and visionary fellow, then go right ahead and vote for them through this link (http://www.gistnetwork.org/content/tech-i-semi-finalists-voting). And the beauty of this voting platform is that you can vote every 24 hours till the deadline. You may not be an engineer, energy or a tech expert, but this is one sure way of not only positively impacting on the plight of the society but also ensuring there’s a better tomorrow. I mean we have enough problems as Kenyans, lets at least contribute in ensuring lack of or poor electricity services is deleted from the list! The voting process has clear instructions that will seamlessly guide you through from your log in, to country selection, then to ‘Charity Wanjiku’ representing the Strauss brand, who you can then vote for…again and again. 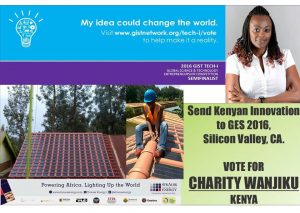 So what exactly does it take to come up with an idea or an innovation and actually see it through? What should young entrepreneurs and innovators do or not do? Tony and Charity have this to say.

Tony:I think that any new entrepreneur should have a very critical friend who can provide a good reality check when it is needed. You have to believe in your idea, after all, you’re the biggest advocate of that idea; at the same time however you have to keep in mind that no matter how original that idea is, it has also to be sustainable and profitable.

Charity: Startups start with dreamers and dreamers have amazing ideas but usually very poor managerial skills. I would suggest to every dreamer out there to go find a good manager, someone who can help them implement their vision, slapping them back to reality when it’s necessary. Our company has been successful so far because we have this balance; my brother Tony is the dreamer and I’m the project manager. You have to work with both sides: on the one hand, having a dream is a fantastic thing but if you don’t know how to implement it, it will always remain just a dream; on the other hand, a project can be pretty empty without a vision behind it! 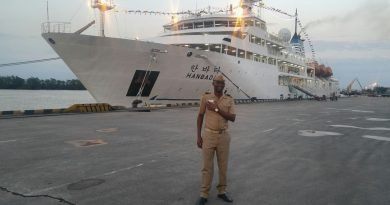 September 28, 2016 The Editor Comments Off on Alumnus of the Week; Korean-Based Marine Engineer, Ken Korir 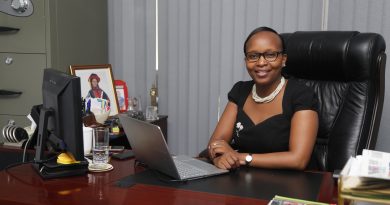 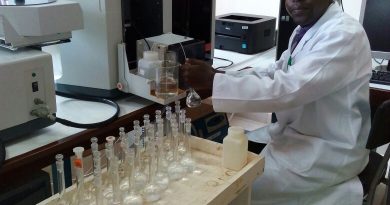 June 1, 2016 The Editor Comments Off on Alumnus of the Week- KEPHIS Analytical Chemist, Jared Nyang’au.