The course is to last for six weeks, one session every Saturday. The first lesson under this program kicked off on 20th February this year. The course introduction was done by Kirui. It covered the various aspects of mobile telephony, its associated technologies and the available market for mobile applications. The course curriculum was also discussed and the goals to be achieved were laid down. The first lab was then given to the students in order to gauge their programming capabilities. Since the available time is limited the students were divided into groups and advised to start thinking of possible projects as early as possible.

April 4, 2011 The Editor Comments Off on Regional Renewable Energy Course for Civil Engineers

Fun weekend in the wild

November 15, 2009 The Editor Comments Off on Fun weekend in the wild 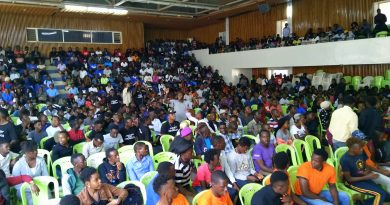 One thought on “New course by JKUAT Endeavour graduates”

JKUAT  @DiscoverJKUAT
Happening next week from 21-22 February. The University is committed to enhancing Food Security, by continuing our… https://t.co/qzpr0kLZIU
Feb 13 reply retweet favorite 4 days ago

JKUAT  @DiscoverJKUAT
Are you a JKUAT student about to graduate and looking to start off your career at PWC? Then make your way to the As… https://t.co/j2DiLX0UvI
Feb 12 reply retweet favorite 5 days ago