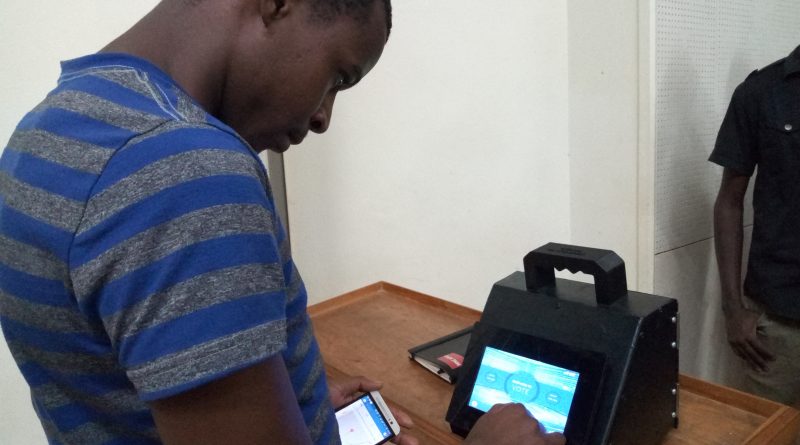 The JKUAT Society of Engineering Students (SES) held its annual hand-over elections on Tuesday February 27, 2018 and for the first time in the history of the society the exercise was done electronically. The society used an electronic voting system that had been designed and built by final year engineering students; Koi Anyango, Frederick Kirimi, Lucy Masaba and Pascal Aloo. The whole exercise which normally takes close to two hours, took only 40 minutes.

The system is an electronic voting box with a touch display that allows the voter to conduct the voting exercise with ease. The votes are instantly tallied on the onboard computer and stored in an onboard database and immediately the last person votes, the results are ready to be announced.

Lauding the efforts of the entire team that built the voting box, the lead innovator and SES outgoing chair, Pascal Aloo implored the Jomo Kenyatta University Students Association (JKUSA) to consider taking up the voting box for their elections.

“I believe that electronic voting can be implemented for JKUSA students’ elections to guarantee a credible electoral process. We were able to conduct an election with 125 people voting in a transparent and efficient manner, in record time as well,” said Aloo.

Aloo and his team are optimistic that their system will preempt cases of widespread impersonation and ballot stuffing that are common with manual voting and will be a great milestone if it is adopted by the University to carry out the upcoming JKUSA students’ elections.

Engineering students line up to vote

The SES has been at the forefront of encouraging innovation among students with most of its students participating in innovation competitions especially the JKUAT Tech Expo.

Extolling the four students for their innovation, the incoming chair, Hampton Macharia said the next step for the Society is to support engineering students to learn hands on skills enabling them to fashion projects of value that give solutions to challenges facing the University and the community.

“This will go a long way in achieving the Society’s vision of developing an all rounded engineering student,” said Macharia. 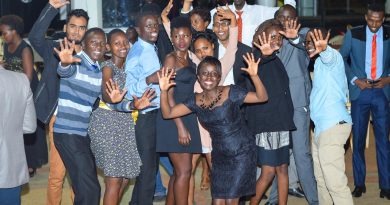 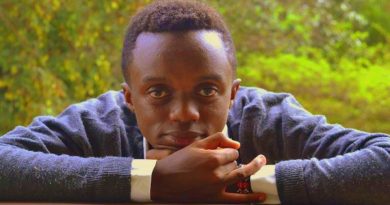 November 23, 2016 The Editor Comments Off on Endings; My Bitter-Sweet Reflections

JKUAT  @DiscoverJKUAT
To our graduates, we wish you the very best in your next endeavors, hopefully you'll consider coming back to furthe… https://t.co/9IiZAb3QNR
16h reply retweet favorite 19 hours ago

JKUAT  @DiscoverJKUAT
A big Thank you to all who made our 36th Graduation Ceremony a huge success. To our guest speakers, your presence m… https://t.co/wBfeqiNnNR
16h reply retweet favorite 19 hours ago