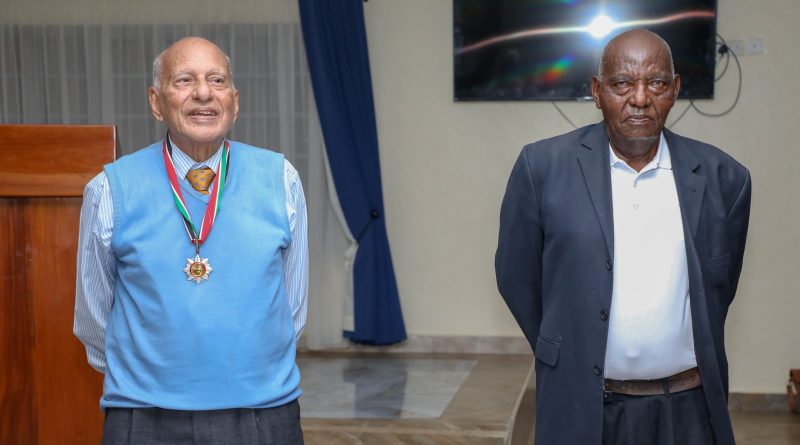 JKUAT school of mathematics and physical sciences bid farewell to Prof. Surindar Mohan Uppal and Dr. Macharia Gathitu, who are off to retirement in an auspacious celebration. In attendance were their colleagues and students from as far back as 40 years ago. All who spoke during the event could not refute the fact that the two have been huge mentors to not only the staff but the students as well.

Prof. Surindar Mohan Uppal has been in JKUAT since 1993, where he joined as a lecturer for Mathematics to Masters’ Students and supervised Ph.D. students. His area of interest is Applied Mathematics, and he has 27 publications. Prof. Uppal has taught, supervised, and examined many Masters and Ph.D. students who are now JKUAT Professors and Doctors in the JKUAT teaching staff like Prof. Jackson Kwanza, Prof. Okello, Prof. Waititu, and many others. He was once the director of the Board of Postgraduate Studies (BPS) and also the Chairman of the Department of Maths and Computer Science which was later split in two to form the current School of Mathematics and Physical Sciences and School of Computing and Information Technology (SCIT).

Aside from his many achievements as a scholar, his colleagues and students did not shy away from expressing their gratitude, respect and the privilege it has been working with him. Prof. Okello and the Dean School of Mathematics and Physical Sciences Prof. Waititu reiterated that Prof. Uppal helped them get scholarships and has made them the men they are today.

Dr. Macharia Gathitu, on the other hand, had at some point wanted to stop teaching. However, after a lot of consideration and pleas from his colleagues that did not come to pass. He has been instrumental in training and mentoring the young generation in the department. During his last semester back in April 2020, he mentored some of the younger lecturers to take over his classes, especially since the pandemic broke and he could not conclude the classes he had begun. Many also described him as a servant in the department. He was willing to help in whichever duty that needed to be done.

The pipe of training and mentorship should be left to flow. Many who have worked with the two since they were young and have sworn to always celebrate the legacy they have in JKUAT. Those present stressed that this will not be the end, but they will still call upon the two for advice in the future. 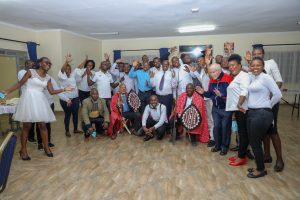 Dr. Esther Muoria, Registrar Academic Affairs, was impressed by how Prof. Uppal and Dr. Gathitu have been instrumental in mentoring young people to take over the old folks once they have retired. “What you have done for humanity through JKUAT, God will repay you. It is good to celebrate people who are here not when they have departed from this life.”

Prof. Kwanza, Director Karen campus,  also echoed Dr. Muorias’ sentiments by stating that the other departments in the University should also emulate the example that the School of Mathematics and Physical Sciences has set. “Prof Upal is a great teacher, unlike those who didn’t want to teach, but left it to the students to look for information on their own. This is a trait that has made us all proud of him and Dr. Gathitu and that is why we are here to celebrate them today,” he concluded.

Earlier in the day, the team had a team-building exercise led by the Director of the Sports department JKUAT, Dr. Waweru Kamaku. After the ceremony, both Prof. Surindar Mohan Uppal and Dr. Macharia Gathitu were gifted with some African Inspired gifts to symbolize their greatness and to honor the two Academicians.

Also in attendance to celebrate these two legends was HM. Humphreys, a former Senior Lecturer at JKUAT. Today we say “bye” but we will always still, be together. 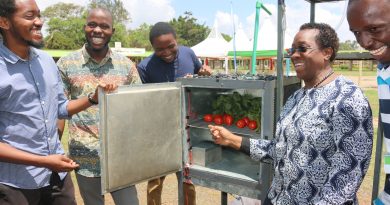 May 10, 2018 The Editor Comments Off on Tech Expo Innovators Scoop KENIA Awards 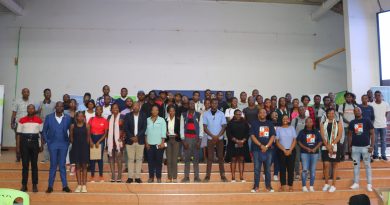 October 28, 2022 The Editor Comments Off on Emerging Digital Skills for Job Market

Discover JKUAT  @DiscoverJKUAT
He was a truly visionary leader, dedicated to seeing the education sector thrive, as a precursor to national develo… https://t.co/RfN2WNYlfb
Jan 25 reply retweet favorite 2 days ago

Discover JKUAT  @DiscoverJKUAT
"We worked very closely with Prof. Magoha during his tenure as the Cabinet Secretary for Education, and his leaders… https://t.co/Jjo4CmKIBj
Jan 25 reply retweet favorite 2 days ago