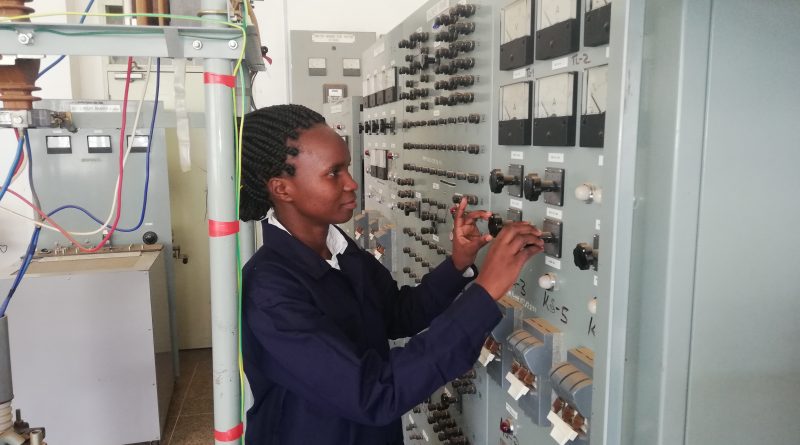 “It is really wonderful how much resilience there is in human nature. Let any obstructing cause, no matter what, be removed in any way.” This quote by Bram Stoker sums up the journey of Delphine Nyaboke, a student at Jomo Kenyatta University of Agriculture and Technology (JKUAT) and a resident of Kibera slums who fought her way through a humble background and relentless educational hurdles for her dreams.

Now in her fourth year pursuing BSc. in Electrical and Electronic Engineering, Nyaboke reflects on her life journey with sheer positivity and steely will.  She was first introduced to the realities of growing up in a poor family, when she first joined Joowi Primary School in the year 1995 in Kibera slums at a tender age of 6.

Full of optimism, a young Nyaboke maneuvered back and forth through the shanty huts and garbage for six years until class six, only for the school to be demolished to pave the way for the expansion of roads.

“As I was walking from school one evening, I narrowly escaped from a gang of five, who wanted to defile me. I was just 12 years old then,” narrated Nyaboke.

She moved to Cecilia Primary School, until class seven, then shifted to Holy Unity Primary school both at Kibera slums where she followed her primary school teacher who had been transferred to the school. The teacher had given her hope and inspiration.

The gamble paid off and Nyaboke was one of the leading pupils in the area scoring a mean grade of 368 out of 500 in the 2003 Kenya Certificate of Primary Education examinations.

To many, this would spell the beginning of celebration. But to Nyaboke, it was a bitter sweet moment. She feared her weak financial background could not allow her access top league schools that her marks clearly earned her.

The fears came true when she received admission letters from the prestigious Pangani Girls High School and Hospital Hill Academy. Her parents who were juggling several underpaying jobs in the slum could not afford. Feeding Nyaboke and her five younger siblings was already a toll order.

Refusing to quit, Nyaboke joined Starays High School also in Kibera slums where she studied up to Form Two; when she was discontinued, having failed to raise school fees.

“When I dropped out in Form Two, I knew my parents were drained and they couldn’t do much. It was upon me to source for funds from well-wishers,” explained Nyaboke.

She won the heart of some sympathizers from her church and the Seventh Day Adventist members based in Kibera paid her fees up to Form Four. She again defied the odds, and passed the Kenya Certificate of Secondary Education examinations posting a mean score of C+.

Another well-wisher, Good Neighbors Kenya, came to her rescue and paid for her college education at the Kiambu Institute of Science and Technology to pursue a diploma in electrical (power option) engineering from 2009 through 2012.

Nyaboke’s first major breakthrough came when she got an opportunity to work as a Clerk of Works with a private contractor but her little taste of glory was cut short when her contract was withdrawn due to under qualification. The company was demanding for a degree qualification.

“My breakthrough was short-lived but I didn’t want to come this far and lose hope considering every struggle I had gone through,” said Nyaboke.

She then leveraged the credit transfer option to join JKUAT to pursue BSc. in Electrical and Electronic Engineering as a second year student with support of Higher Education Loans Board and Leveraging Educational Assistance Partnership Program.

With barely a year to conclude her degree in Electrical and Electronic Engineering, Nyaboke has proven her academic mettle.

In June 2019, She was among five female students at JKUAT who won a scholarship to represent the University at the world’s largest gathering of innovative women in technology, in Orlando, United States.

Nyaboke has further been nominated to be inclusion ambassador for the Italy based Government Outcomes Labs (GOlab) for the 2019 edition. In her ambassadorial capacity, Nyaboke will travel to Italy to present motivational talks based on her journey and her passion for coding. Her inspirational talks will be captured and recorded at the Go lab’s social network channels.

“I feel a bit of a relief at this moment although my journey has just begun. Though times have been rough, there have been moments of fulfilment and hope,” Nyaboke radiates with reassuring confidence.

Her future plans? “My immediate plan is to mentor kids as well as my siblings back in Kibera who are undergoing similar troubles. Nobody should give up on their dreams at whatever cost,” Nyaboke concludes. 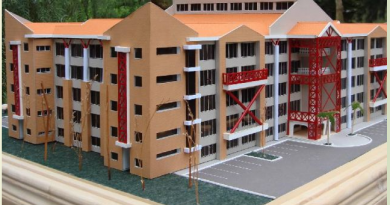 Course of the Week- Bachelor of Architecture

April 25, 2016 The Editor Comments Off on Course of the Week- Bachelor of Architecture 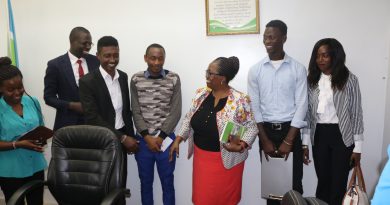 2 thoughts on “From Kibera, to JKUAT, to the Global ICT Summit; The Girl Who Dared to Dream”

Discover JKUAT  @DiscoverJKUAT
He was a truly visionary leader, dedicated to seeing the education sector thrive, as a precursor to national develo… https://t.co/RfN2WNYlfb
Jan 25 reply retweet favorite 2 days ago

Discover JKUAT  @DiscoverJKUAT
"We worked very closely with Prof. Magoha during his tenure as the Cabinet Secretary for Education, and his leaders… https://t.co/Jjo4CmKIBj
Jan 25 reply retweet favorite 2 days ago