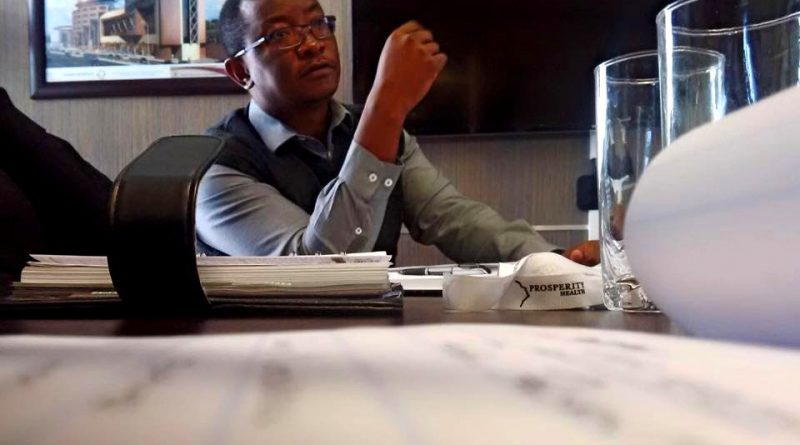 “Growing up as a young boy back in Kenya, I did not have an idea that I would be wealthy in four different countries. A son of a teacher and a nurse, I was brought up in Machakos Town from humble beginnings. My biggest dream when I was a boy was to own Kenyatta International Conference Centre (KICC) as my house. Which was funny because I did not even know what Architecture was at the time, but I liked the building. Somehow I was drawn to buildings…”

Tasked to embark on a reflective voyage from back in time to the present, these were the preliminary thoughts that trickled in the great mind of one Jack Mutua, an Architect by profession and the Managing Director and a shareholder at Tectura International. The multinational building company currently has operations in eight African countries; Kenya, Namibia, South Africa, Zambia, Tanzania, Rwanda, Angola and Mozambique.

By the time he was graduating from JKUAT’s School of Architecture and Building Sciences (SABS) in 1998 after six grueling architectural years, I still hadn’t grasped a definite direction I wanted my life to take as far as careers go. Not because I was not serious. I was six. But now I know it was to live to tell such stories. Stories that go beyond mere inspiration, beyond just disseminating information. Stories that challenge the world’s conformist ideologies, stories that challenge you to better your best, stories that move you to action towards a better society.

Jack Mutua is an accomplished architect by any standards, his milestones in the field of Architecture are undoubtedly peerless. He is a man of many firsts, a man of many superlatives. And as such, I could not tell his entire story in one article, even if I tried. In our interview we therefore focused on his career journey, school life back in JKUAT, and the diaspora experience he has had so far, not forgetting the current challenges and opportunities in the field of Architecture. Ladies and gentlemen, our alumnus of the week!

How can you describe the experience you’ve had so far working in different countries with people from diverse backgrounds?

Working in different countries has enabled me to learn to embrace a people’s culture and respect their norms, learn their language for better communication and work with what is available in their building industry. When you talk to a people using English, you talk to their minds, but if you speak their language, you will be speaking to their hearts.

How would you describe the current Architecture job market landscape? What are some of the opportunities and challenges?

Today’s Architecture requires one to think outside the box. Architecture is no longer foundation in the ground and walling above culminating in a roof. Architecture has metamorphosed to cladding systems on the walls that define usable spaces. It has transformed to creation of virtual games landscape designs and futuristic movie landscapes. This is to say the opportunities in this field are countless.

One of the challenges is the ever-changing technology which not only affects the storage of information for future use in electronic format but also robs the industry great ideas from senior members of the profession who cannot express themselves effectively using these technologies as media of communication.

This is not to undermine the positive role technology has played, but I am of the opinion that the computer age/ technology has limited the sense of creativity in Architecture just like in the music industry and has reduced the thought process to a composition of binary functions.

What does it take to hold a top leadership position in a multinational company like Tectura?

Well, it requires that you lead from the front. It takes to vigilance, knowledge of the political landscape, diplomacy with the private sector, moral uprightness, intelligence, being current with technology and economy, extro-introvertness (social while at the same time anti-social), proactive, ingenious and physically fitness to keep up with a top leadership position in a multinational company. It is also important to have the office atmosphere of team players and not subordinates and supervisors, as well as ensure that the Staff are highly motivated.

Apart from the academic provision, what role has JKUAT played in your career development?

JKUAT exposed me to foreign expatriate relations. We had Japanese experts who taught us, on their own accord, the Japanese culture and language. Their willingness to integrate with us equipped me with knowledge as regards socializing with people from another geographical settings of which has come very handy in my diaspora scenario.

Do you think studying at JKUAT made you uniquely equipped and qualified to handle various initiatives in life? If yes, kindly elaborate.

The training in JKUAT was very practical. We spent most of our time in the field researching and doing case studies. This promoted a “hands on professional.” I recall a moment in one of our Company AGM when the issue of human resource was tabled and all the board members unanimously agreed to sourcing skilled labour from JKUAT on account of their “hands on” approach to training.

The training also integrated the dynamism of the technology age. We were exposed to computers and plotters, whereas our contemporary students in other universities were not. Other than that, I traveled to Japan twice, as a result of the JICA program that connected us with Japanese lecturers. Actually one of my lecturers then, Mr Yizumi Sakata has become my business partner in Japan. We visited him in Tokyo this year (2016) in the company of The Namibia Chamber of Commerce. 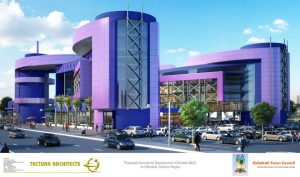 What are your most treasured memories of JKUAT while you were a student?

There was one time the VC commented in the fresher’s meeting that Architects are mad. That sounded as an insult then. But later on I understood he was right. In one occasion our year master walked in drunk with grass all over his hair. Apparently he had fallen while being chased by the School Psychiatrist who was trying to stop him from coming to class drunk. Despite that he still taught us that lesson while tipsy. I thought that was very daring of him.

There were other nice moments such as visiting the farm produce building for a cup of yogurt, the coffee visits to hall one that earned me my beloved wife with whom we now have two lovely boys. However the most treasured memory was the first day when my mother dropped me to the University for registration. She later passed on in my fourth year of study (R.I.P mum), which was sad but at the same time gave me strength not to disappoint her in life. This however had an impact and hence I chose not to celebrate my graduation as respect for her demise. But all in all I had fun and enjoyed my classwork too.

What keeps you going and what has been your life philosophy or principle?

My work/life philosophy has always been, ‘laziness is the root of all evil’. I admired how the Japanese lecturers and experts worked with dedication. To make it in life you have to be extraordinary. The difference between ordinary and extraordinary is that ‘extra’ that you have to put that the ordinary do not. Our lecturers were extraordinary too. I remember Professor Maringa (the now current Permanent Secretary for Ministry of Works), used to be my           thesis tutor. And he would show up over the weekends to guide me in my thesis. The same dedication of providing exemplary out of the ordinary results has enabled me to soar higher in the building industry.

You have made significant milestones in your Architecture career. Any plans to mentor upcoming architects from JKUAT and Kenya at large?

Yes. Every year I visit JKUAT to source for a student whom I can mentor. However none has accepted the offer. We only got one almost a decade ago, but yes, the plans are on. Currently I’ am mentoring a student from the University of Nairobi.

If you were to go back in time and become a student at JKUAT again, what would you do differently?

That’s a tricky question. I regret not spending my youthful age to the fullest. While my classmates found time to ‘heng’, I spent most of my time in studio drawing. I would have traveled the world when the chance presented itself. Sometimes it’s not about hard work but smart work.

I would also have focused more on the theory of Architecture and maybe strive for a first class degree and proceed with Masters and doctorate. But certainly I would not have missed on the parties. Work hard, party hard they say, but I would have said Work Smart, Party Smart.

What’s your word of advice to the current and prospective JKUAT students taking the course you studied at the University?

Effort is directly proportional to results. What you put in is what you get out. In this world you will need to put more time in studies and in drawing as this will be expected of you even after completion of your study  otherwise you will end up just another ordinary Architect. But most of all don’t work harder, work smarter.

What dream do you have for Kenya when it comes to Architecture? Any individual efforts towards achieving the same?

I look at Dubai and see Kenya on the same trend. Whereby all towns and cities have modern buildings that communicate to the people reflective of the era they live in and respect the narrative the architecture of our fore bearers scripted in our landscapes. A story our great grandchildren will be able to interpret without getting lost as to who they are.

If we let the love of money overtake the love for Architecture, then we shall fail to script the landscape with meaningful messages that would immortalize our existence by passing our stories to the future generations, just as the pyramids and the Colosseum did. In walking the talk, I ensure that my architectural language respects regionalism and addresses the signs of the time. I mentor my staff to respect the same. I also enlighten my clients of the same.

Every life has an expiry. Our existence is merely an opportunity to leave a mark on this world. Some did it through cave paintings, others through buildings. In whatever we do, we need to ask ourselves, ‘what is the purpose of my existence?’ Personally, my zeal to live a life worth living over and over again, without a regret if given a second or third chance, led me to choices. As I grew older the choices became and are still getting clearer. Working hard got me through university. Upgrading to working smarter put me to where I am today. 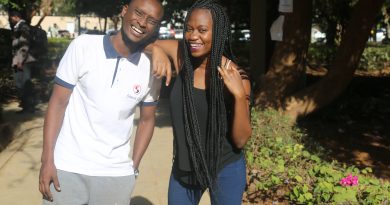 Simon and Sharon; A Tale of Two Hog-wild YouTubers

October 9, 2017 The Editor Comments Off on Simon and Sharon; A Tale of Two Hog-wild YouTubers 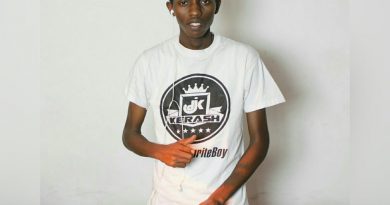 October 12, 2016 The Editor Comments Off on Alumnus of the Week- Deejay/Photographer Ivan Kiragu (DJ Kerash) 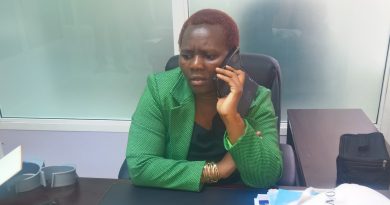