This year’s open day for JKUAT Endeavour was held on September 18, 2010 at JKUAT main campus. The day marked the end of the Web Application Development Course that was held in the month of June – July 2010. The event started with opening remarks from Dr. Waweru Mwangi, Director Institute of Computer Science and Information Technology – JKUAT. He thanked the organizers of the event, the students and the guest judges who spared their time to participate in the event. He put emphasis on the issue of support and continuity of projects after prototypes had been developed. He emphasized the importance of universities creating linkages with the industry.  Participants were encouraged with the fact that most web inventions were initiated by students in class. The web is supposed to be interactive, a concept that has now taken root in the social web.

Student groups presented their projects before a panel of judges composed of Mark Mwongela (Verviant), Samuel Kamochu (Safaricom), Alex Mwaura (Creative Edge) and Andrew Ketoyo (Creative Edge). Winners were announced at the end of the competition. The winning group was College Feed. The team presented a social media web application integrating Google maps to display event venues. The runners up were the Jazika group with a web application for sellers and buyers of second products. The second runners up were the Online Academy group with an application for helping students revise for examinations.

1st Prize: College Feed
Social web site where people can create groups and register to existing groups to receive updates of events posted by the group administrator. It is targeted to university and college students. The application uses Google maps to show locations and venues of events.

2nd Prize: Jazika
A portal for posting second hand products for sale. People can search for products. If the desired products are not available, they will be notified once the products are posted on the site.

3rd Prize: Online Academy
Examination revisions website targeted to students. Students can take timed tests and their results are shown once they finish the tests.

The head research, consultancy and training (ICT Directorate), Mr. Boniface M. Kiula gave the final remarks thanking everyone for making the day a success. Students were encouraged to grab opportunities as they come and be creative in providing solutions to the current world problems.

Thanks to all the guests who made time to come give talks to the students and judge the projects. We would like in a special way to thank Google’s Code.Africa Program for their support in making the day a success. 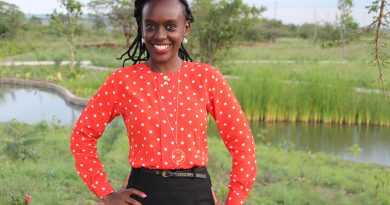 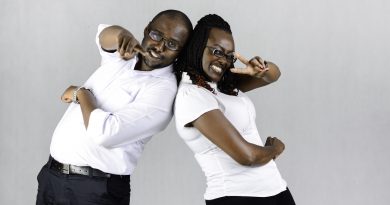 May 5, 2016 The Editor Comments Off on Follow up Story;Silicon Savannah set to meet Silicon Valley, thanks to JKUAT Alumni Innovation!

Discover JKUAT  @DiscoverJKUAT
If you are at the #NairobiInternationalTradeFair swing by our stand to see the innovations geared towards agriculture and entrepreneurship.
4h reply retweet favorite 7 hours ago