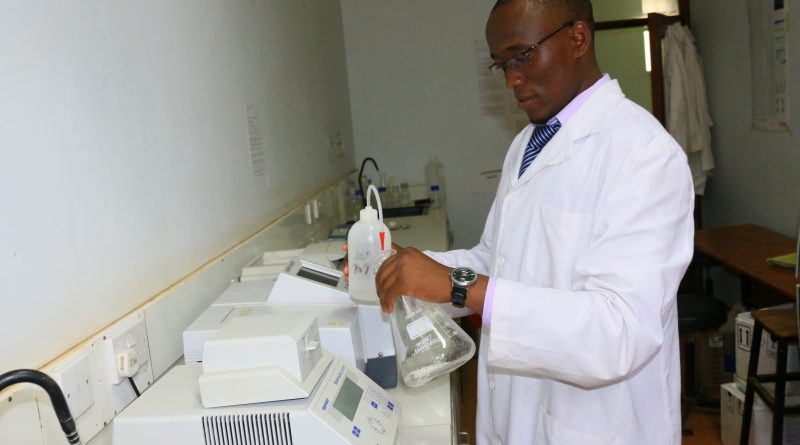 Third year Bachelor of Science in Clinical Medicine student, Mr. Victor Muthembwa, has made a revolutionary drug discovery targeting organophosphate poisoning and the infamous neurodegenerative Parkinson disease. The groundbreaking discovery of the molecule capable of treating organophosphate poisoning has since gone through the preliminary experimental phase and is in the process of getting patented in a joint venture between Victor and the University’s Directorate of Intellectual Property Management office (DIPUIL).

Now, let’s start from the beginning.

Organophosphate poisoning simply refers to poisoning due to organophosphates (OPs). They are commonly used as insecticides and pesticides. However, they have also been used by people committing suicide, and the World Health Organization (WHO) statistics indicate that in a year, it kills close to 894,000 people from self-harm. It is also the major compound in the many cases of people getting poisoned through food and drinks, commonly done through rat poison. Researchers further postulate that as many as 25 million agricultural workers across the developing world have at least one episode of organophosphate poisoning per year, with higher frequency being in areas where there is limited access to insecticide safety gear.

This is however not all as far as organophosphate poisoning is concerned. In the 1930s, organophosphates were only used as insecticides, but Hitler’s German military scientists developed these substances as neurotoxins in World War II and weaponized them. They function as cholinesterase inhibitors, thereby affecting neuromuscular transmission. This led to the development of TEPP, Tabun, Sarin, and several others that have been used as chemical nerve agents employed in warfare.

Organophosphate poisoning affects the autonomic nervous system, and kills within hours. Worldwide, there is only one medication use to treat organophosphate poisoning, Atropine. However, it is only 60% effective, and medical research indicates that in every ten patients, only six pull through after being administered with the drug. Four die. These are the odds that catapulted Victor into thinking of a better alternative.

Victor Muthembwa recalls the events of that September day in 2017, at one of the wards he had been attached to for his rotations. The patient they were attending to in this particular ward had been poisoned, and after all the specialists in the room trying every trick in the book, he died. It was the first time Victor had seen someone die, and instead of sorrow and sympathy, he felt rage, and a sense of medical deficiency. Rage that there wasn’t enough that could be done to save the life.

“I am used to seeing several dead bodies in our anatomy lab, but I had never seen somebody die. It was my first time to see someone die in a ward, and that first person was dying from organophosphate poisoning. The patient was really trying to hold on to his life, but life was intent on letting go…”

Months later, he was nonchalantly sitting under a tree at their countryside home when the unthinkable transpired. You see, it had been a sunless day since morning, and with no electricity at home but solar power to rely on, he was off the grid. His phone and laptop was off. The afternoon breeze seemed good enough a company, and that is when the golden idea struck.

“I was really excited. I went to the house, took my Physiology textbook and read through to check what I had just imagined, and it started making sense. Ata I didn’t shower. I grabbed my phone, laptop, the textbook and boarded a motorbike to the nearest town to charge the electronics so I could do some more reading…”

The reading went on till 1am, and Victor was convinced that he might have just uncovered a groundbreaking discovery. After further research and experimentation upon returning to the University, he contacted the University’s patent office to conduct a search on whether the molecule he had uncovered had been discovered or patented before. The search came negative, and that is when it became clear that history was in the making. The promising molecular compound discovered by Victor can be used in the treatment of Organophosphate poisoning as well as Parkinson disease, which can result from long-term exposure to organophosphates. Not only that. The drug can be used both as a prophylactic (preventive) and as a cure.

Through the office of the Vice Chancellor, Deputy Vice Chancellor, Research Production and Extension Division (RPE), and the Directorate of Intellectual Property Management and University-Industry Liaison (DIPUIL), Victor Muthembwa is in the process of finalizing the patent even as further research continues.

So how does being a JKUAT student uniquely position you to be able to make such profound milestones and steps on matters higher education, research and innovation? Victor has quite a comprehensive answer to that.

“Here’s one thing with being a medical student in JKUAT, moving from one year to another is possibly the hardest thing in the world. It calls for a lot of sacrifice, intelligence, and it basically calls for everything, most importantly God being on your side. It requires patience, a lot of reading, discipline and calls for you as a student to do everything you think is right. It is very competitive and very demanding. That’s what gives a JKUAT student an edge over the rest.”

Victor credits his academic advancements to the effective tutoring and mentorship he has gotten from the College of Health Sciences (COHES), specifically the School of Medicine. He remembers one particular lecturer with both admiration and nostalgic melancholy. The late Dr. Wilson Macharia Muchiri was, until his unfortunate passing in October 2017, a lecturer at the Department of Medical Physiology.

“He’s the one who taught us about the neurotransmitters, whose proper understanding is very key to my drug discovery,”

Victor remembers a particular question Dr. Macharia asked him during their oral examination, a question he says popped in his mind when he was imagining the possibility of the drug…

“Explain to me the functioning of the acetylcholine esterase at the neuromuscular junction,” posed the question.

“Everybody loved him, he was a very good guy, humble and always willing to help students,” adds Victor.

Even as further clinical research on the drug gets underway, Victor’s hope in that regard is simple; ‘I don’t want someone else to die from organophosphate poisoning.’

Victor’s dream is to work with big research institutes like KEMRI or WHO, to be able to maximize his research efforts and do good in the world. His very ultimate dream? Getting a cure for cancer and HIV. “I believe that’s the dream of every medic,” he enthuses.

Well, let nothing stop you! 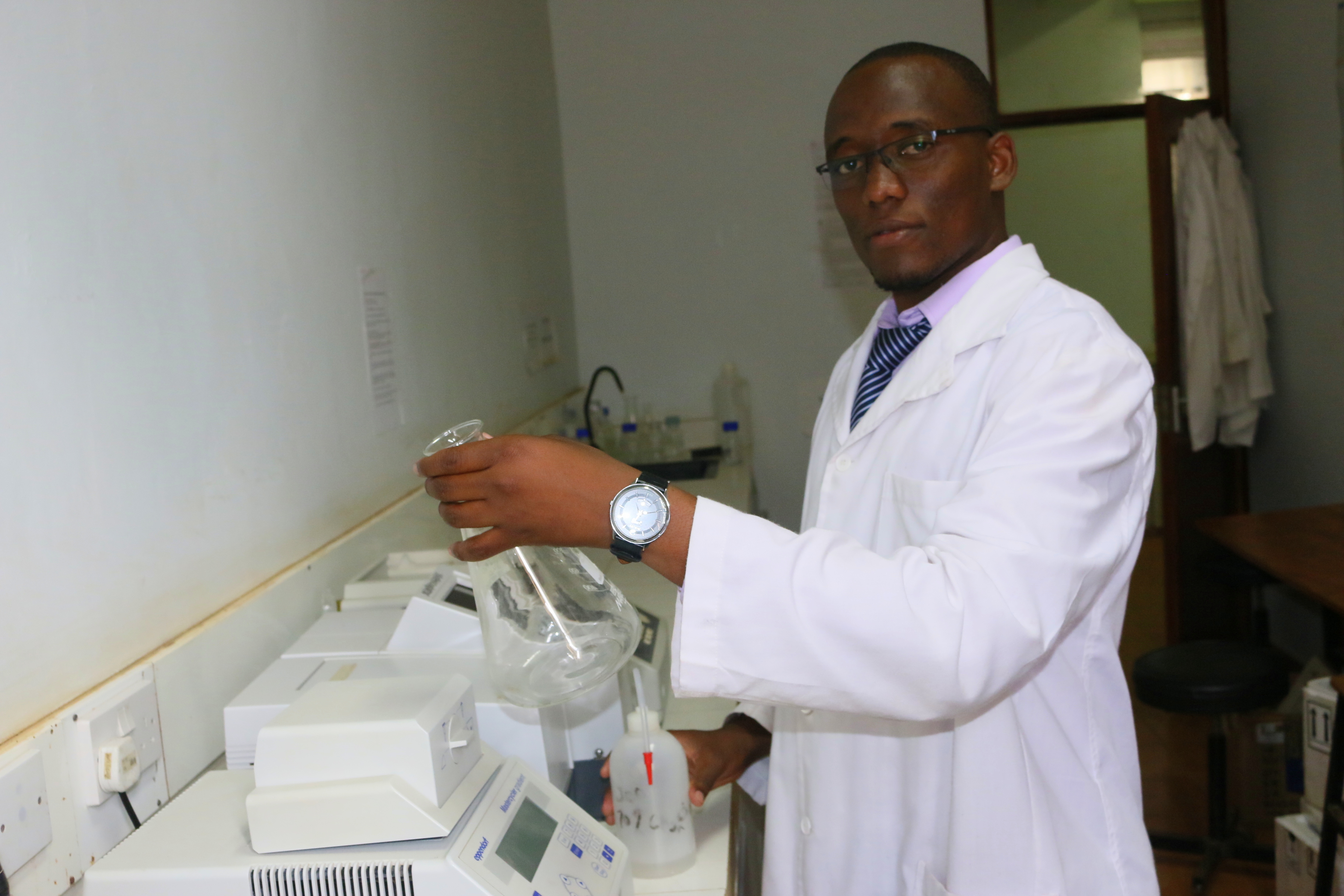 In need of information regarding our September intake in the School of Health Sciences? Visit our interactive admission site. 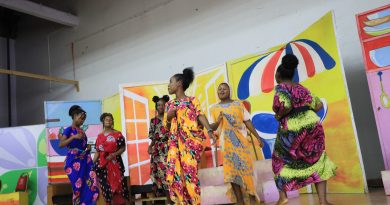 February 24, 2022 The Editor Comments Off on Circus of Ubuntu: JKUAT Drama Club 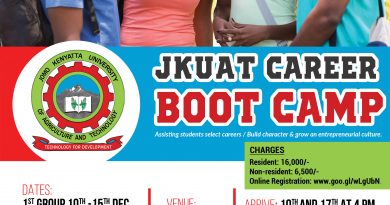 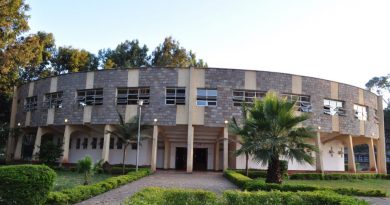