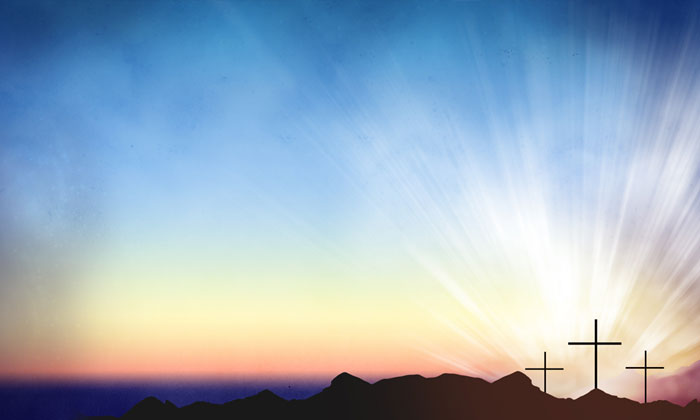 I’m sorry fellow comrade, if Easter plans didn’t unfold as it should.
I understand what you are going through, the pity and the regrets. You
are probably mad at friends who promised to be there but found better
last minute commitments. You are cursing the ladies who took your
party-organizing skills for granted, and after enjoying the organizing
committee allowances, took off with their ‘loaded’ lovers to
Amboseli. I know life’s disappointments can be heavy, especially when
all seemed set till the very last minute. I know how this moment is a
burden, a burden you can bear. For, to most around Campuses, it was
just another Easter party, planned and celebrated in fantasy.

In your moment of loneliness fellow comrade, I want to tell you about
Cinderella. She is a naive second year student, one who has been
faithful to herself ever since her first year. On this Easter though,
she had plans. Big plans. Maybe bigger than yours. Plans to taste what
comrades say excites. She had plans, plans to loosen her grip on life,
just for a moment. She too had plans, plans to prove to her friends
that she could be straight and carefree at the same time. She has been
attending the CU services, but this Easter ‘things ought to be a
little different’, or so she thought to herself. And so, she painted
her lips red, massaged them together in readiness for her first kiss.
And so, she went shopping with her savings, and bought the trendy
fashions to rock the party. And so, she fixed her hips… the party
would be wild, just the wildness she yearned to taste. . Merry and
Romance would be in the air, cups to be raised to Judas for making the
Easter holidays possible.

Paulo too purposed to propose to Paulina this Easter. The proposal was
to be a surprise to Paulina. He meticulously planned everything to the
last dot as per the dating sites instructions. He practiced his moves
for the proposal party over a thousand and one times. It had taken him
sleepless weeks, missed assignments and absent classes to master what
he will say when and where during the conversations with ‘his’
Paulina. Of course, after the heavy preparation you expect the poor
chap’s HELB to ebb, nothing enough for a decent date. His room in
Gachororo was handy. Nevertheless, every turn of his arrangements
were well thought of, and he was ready to impress his campus diva. The
candles were lit and glowing. The ring was ready in his anticipating
hands. The proposal would be lit. Or dim…

Cinderella. All she has are the stories. Stories of how the party was
hyped. Stories of how the guy her friends planned to hook her with
rocked the party with his Bongo lyrics performance, and he was cute
and all ladies were all over him and he couldn’t wait for her any
longer… An hour to the party Cinderella’s dad had driven to her hostel and
took her home, to celebrate Christ’s death and resurrection the better
way. The proper way.
Paulo. Poor broke Paulo. Still holding onto the ring. Hoping ‘his’ Paulina would
come to her senses and realize that ‘sponsoring’ comes with a price.
The candles burnt out without a knock on the door. He sensed kumeumana
after ninety-nine unanswered calls to ‘his’ sweet Paulina. The hundredth
one, was picked and a hoarse lifeless voice replied, “She is with someone
who can buy her anything she desires.”

Unlike Christ, it dawned on him their ‘relationship’ would never come

back to life. Not after three days, NOT EVER.

I am sorry fellow comrade for the Judas’ kiss; such is the fate of
Easter. It’s irritating, but the feeling will eventually wane. Most
likely by Friday. I suggest the next Easter you spend at the feet of
Jesus, but that is for you to decide. The ordeal of Cinderella and
Paulo may not make you feel better, but believing that Easter was
designed for your salvation may help. Otherwise, it will always be
another Easter, planned and celebrated in fantasy. How was your
Easter? 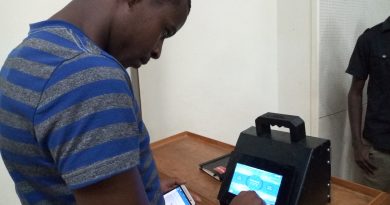 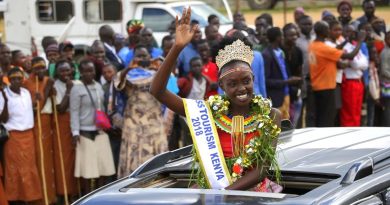 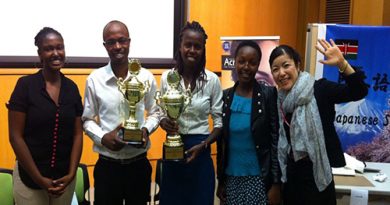 April 11, 2016 The Editor Comments Off on JKUAT’S Growing Linguistic Empire

One thought on “The Fantasy Easter”

JKUAT  @DiscoverJKUAT
Notice to all students who reside within the University ^LK https://t.co/C2kLE565Rj
19h reply retweet favorite 22 hours ago