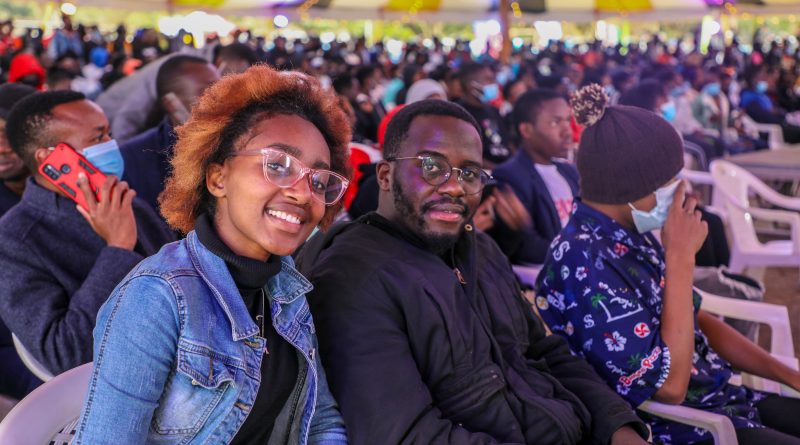 Jomo Kenyatta University Student Association held the JKUSA Awards ceremony on Thursday, July 29, 2021, at the graduation square. The annual event which attracted students in large numbers honors the university’s’ student leaders for their hard work and leadership skills. The students were earlier tasked with voting for their favorite candidates. With 39 categories of awards, the most-awaited and notable winners were announced.

Kenya’s rap king and the Tuma kitu hitmaker, Khaligraph Jones, electrified the audience in his OG-style performance. Accompanying Khaligraph Jones was Kenya’s fast-rising Gengetone artist Boutros. Comedians such as JKUAT’s famous vine comedian, Crazy Kennar, and “usefulidioty” served all the attendants with laughter. Other performances were from the university’s student artists who also entertained the audience.

In attendance was the Kiambu Governor, Dr. James Nyoro who was the chief guest. In his remarks he mentioned that as a county, they would continue to work closely with the JKUSA leaders to ensure that they nurture the talents of the students. “We promise to collaborate with the student body and the university at large in various areas of innovation and come up with ways of incubating innovative ideas so that they can become big ideas,” Governor Nyoro stated.

Governor Nyoro concluded by calling upon all the university leaders across the country to emulate what the JKUSA leaders are doing.

JKUSA awards ceremony allows the leaders to become motivated in their positions as they continue to serve the students and the university. We challenge the leaders to hone their skills and walk in the footsteps of the previous leaders.

Mr. Abdullahi Somo, JKUSA president, advised his fellow leaders by stating, “If your actions inspire others to dream more, learn more, do more, and become more, you are a leader.”

March 10, 2011 The Editor Comments Off on Universities Advised to Retain their Best Students 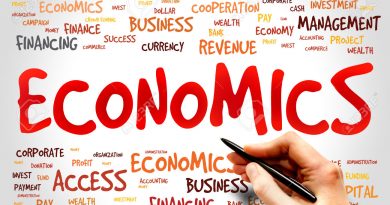 Course of the Week- Bachelor of Science in Economics

February 15, 2017 The Editor Comments Off on Course of the Week- Bachelor of Science in Economics